Bradford hospitals save over £26,000 on air handling energy costs

Variable-speed drives from ABB are delivering savings of more than £26,000 a year at a leading NHS Foundation Trust.

The ABB standard drives for HVAC are installed in critical areas such as theatres and infection control zones, where the air flow is controlled to promote both safety and comfort. The load on the air handling units varies with the outside temperature, but the biggest difference is between day and night. The fans typically run at half speed at night to conserve energy, reduce noise and minimise wear.

The drives are supplied and commissioned by ABB’s Drives Alliance member, Halcyon Drives. 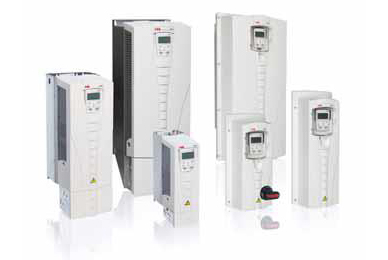 Halcyon Drives carried out the two-month project in four phases. The ear, nose and throat department at BRI was first, followed by maternity. The team then moved on to plant room 1 at St Luke’s before completing the project in plant room 2.

Installation and commissioning had to be carried out without disrupting critical air handling operations. This was possible because of the redundancy already built into the hospital’s systems. “In critical

areas such as theatres we follow the established guidelines and run two of each critical system in duty and standby mode, which made it easier to co-ordinate the project,” says trainee estates manager Anton Fothergill.

Halcyon specialists set up and commissioned all the drives, connecting each one into the wider building management system. The BMS systems communicate using the ABB HVAC Drives standard protocol, BACnet.

The project was part of a wider initiative by the Trust to save energy as part of its preparations for the introduction of the CRC Energy Efficiency Scheme. This includes the on-going development of a long-term policy, which is designed to conserve energy and minimise investment costs by optimising the phased replacement of older motors throughout BRI and St Luke’s. The draft policy includes specifying variable-speed drives on all future motors.

The Trust is also planning to introduce a sub-metering program so that it can monitor the energy consumption in individual systems and hospital departments. “At the moment we can only measure overall savings, but our energy manager has been working to develop a sub-metering programme,” says Fothergill.

Bradford Teaching Hospitals NHS Foundation Trust is responsible for providing acute hospital care services for the people of Bradford and neighbouring communities. It has around 1,000 beds serving a community of over a million people, has an annual budget of £230 million and employs 5,000 staff. In 2009 the Trust was awarded the Carbon Trust Standard for its commitment to managing and reducing its carbon footprint.

ABB is a leader in power and automation technologies that enable utility and industry customers to improve performance while lowering environmental impact. The ABB Group of companies operates in around 100 countries and employs about 130,000 people.

More in this category: « Cooking up a power solution for McCain’s Home Fries ABB drives help regulate temperature in pig farms »
back to top