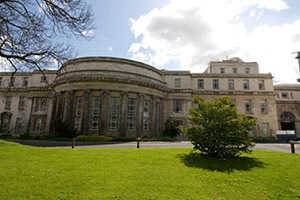 The project formed part of the university’s Carbon Management Plan, in which it identified ways to save energy and cut its carbon emissions. This included installing VSDs on existing motors powering fans in air handling units and fume extraction equipment and water pumps. Most of the assessed motors had no speed control, being connected direct-on-line.

The Carbon Management Plan originally estimated the VSDs to deliver annual savings of £45,655 in energy and 364 tonnes of carbon at a capital cost of £251,600. Based on these figures, the university estimated a payback period of just under six years.

However, the ABB drives substantially improved on the university’s estimates, producing savings of 1,800MWh a year in energy consumption, providing a payback of 1.2 years.

Robert Douglass, energy project officer for the university, says: “Initially we used ABB’s online DriveSize tool to identify which motors would be best for use with VSDs. This showed that any motor of 10 kW or above would produce the greatest savings.”

ABB authorised value provider Halcyon Drives was chosen to supply the drives as it was able to meet all of the university’s technical specifications. Amongst its requests were harmonic mitigation, a five-year warranty and the ability to use one model of VSD across all installations. Halcyon Drives also had the ability to provide service for drives and had the stock availability.

Says Douglass: “Halcyon provided a comprehensive spreadsheet detailing the drives purchased together with delivery dates, so that the warranty period could be tracked.” 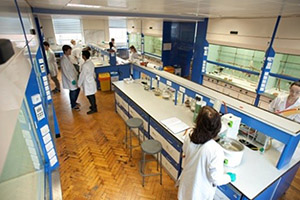 The drives, most of which are concentrated in 20 buildings across the campus used for teaching and research, are controlled by a building management system (BMS) using a 4-20 mA connection to provide speed references to the drive and monitor alarms. The BMS also maintains an operating schedule and signals when the drives should be switched on and off. ABB drives can monitor their own energy use and run hours and this has been used to identify the kWh used at various times, thereby proving the savings.

The drives were bought by the university and Halcyon kept them in stock. The university’s in-house team installed all the drives over 18 months as funds were released.

Part of this work involved installing shielded cabling between the drives and motors to conform to the Electromagnetic Compatibility (EMC) Directive, to ensure that electromagnetic fields from the cables do not cause interference with other electronic equipment.

Harmonic mitigation was another important factor for the university. The ACH550 has harmonic mitigation built-in as standard. Swinging choke technology ensures the drive delivers up to 25 percent fewer harmonics at partial loads compared to a conventional choke of equal size.

The university says: “Due to the nature of the research in some of the buildings the drives were being installed in, we wanted to ensure that harmonics were being controlled at source as much as possible. One reason is to minimise the impact of harmonics on other equipment fed from the same distribution board. Another is to minimise any increase to the building supply point and the associated high voltage transformer. To date we have not had any issues with harmonics.”