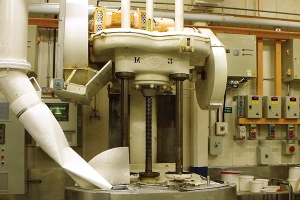 Although variable-speed drives are most frequently associated with energy saving, they also continue to play a major role in improving the operation of a process or production line.

In fact, improving energy efficiency and increasing productivity are two of the main factors in the profitability equation and the two goals are often closely linked. Motor applications that have been improved to use less energy may also show productivity benefits such as a lower maintenance, a higher quality end product or producing the same or higher output using less energy.

An example of what can be achieved is a project carried out at the Fox’s Biscuits plant in Batley, West Yorkshire. The installation of ABB variable-speed drives helped to improve the quality of the company’s products and reduced the amount of wastage, while also improving its ability to develop new products. As the company says, it is committed to using the very best raw materials and processing them using the best machinery.

Initially, the company was interested in investigating the potential for saving energy on its ten Baker Perkins dough mixers, each of which is driven by an 18.5 kW slip-ring motor. Halcyon Drives was asked to investigate the benefits to the application and any energy savings through using an ABB induction motor driven by an ABB standard drive and comparing this against one of the slip-ring motor driven mixers.

Paul Mayman, Area Engineering Manager for Fox’s Biscuits, says: “Although the initial reason for the project was energy saving, it soon became clear that the drive gives us a lot of other advantages that were more important to us. One of the major ones is the flexibility to run at different speeds than previously. We have a lot of other ingredients in our biscuits, such as fruit. Previously, the mixers might overmix, leading to staining where the fruit becomes a mush rather than remaining whole. This helps us maintain a high quality product and avoids the situation where a whole 400 kg batch of dough could be wasted.”

The company prides itself on its ability to innovate, developing new products to meet new markets while also producing products for some of the UK’s leading retailers under their own brands. The ability of the drive to change the speed of the mixer allows the company to be more innovative. “With the drive controlled mixer, we can experiment by using different speeds throughout the mix, from as low as 2 rpm to 50 or 60 rpm, depending on the recipe,” says Paul Mayman

The greater torque of the ABB motor has also lead to the mixer achieving a higher reliability. Previously, if the company was trying a dough that was harder than that used in their usual products, the old slip-ring motors would not have the torque to turn the mixing paddles and the motor would trip out. 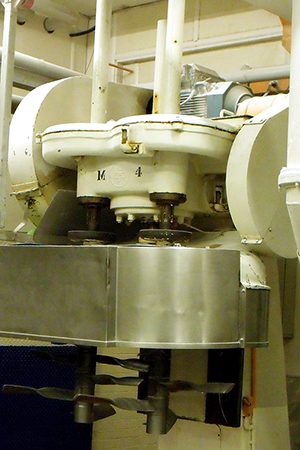 Using the new motor means that the maintenance engineers need to spend less time on them and the production department has a lot more confidence that the mixer will perform correctly as required and less production time will be lost.

Says Mayman: “The drive also gives us a lot of other facilities, such as the load analyser, which saves process data such as current and torque values that we could use to assess production issues. Although we are not using these facilities as yet, they are another example of the flexibility of the ABB drive and could become more important in the future.”

Following the installation of this drive and motor on one of the mixers, Halcyon discovered that the power requirements on both mixers were significantly less than rated power, indicating that the slip-ring motors were greatly oversized. This is a common problem in motor driven applications, with many op-erators buying motors that are too large for the task in hand to cope with anticipated expansion of their operations.

The mixers typically run 24 hours a day, seven days a week, with a duty of around 10 minutes operating time every 30 minutes. In addition to the process quality improvements, the ABB standard drive gave a cut in energy use of 30 %, producing further savings on the already low running costs. As well as the drive on the existing mixer, Fox’s intends to convert the remaining nine mixers to drive control.

More in this category: « ABB drive gets laundry back in business Quality, safety and efficiency on the rise for oven manufacturer with ABB drives »
back to top